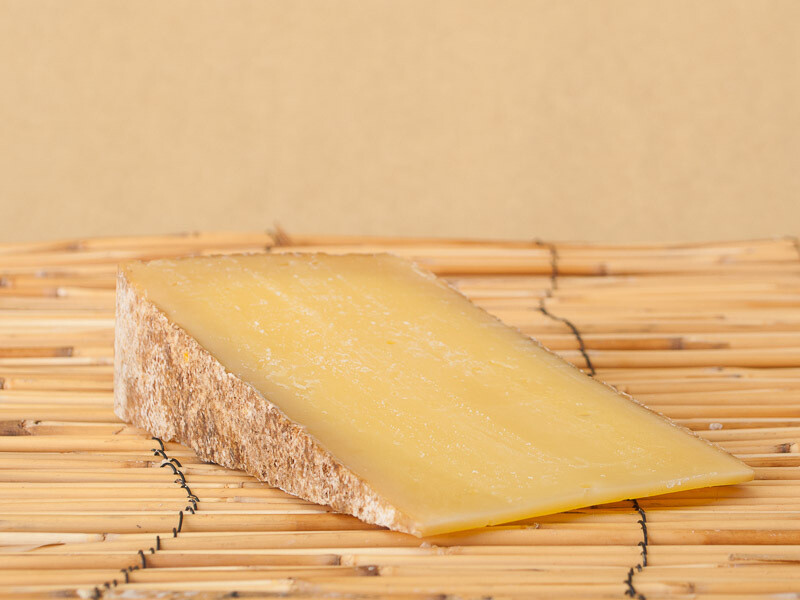 20031500000
$12.98
In stock
1
Product Details
On a recent trip to Bra for the cheese festival, we visited with old friends at La Casara and tasted through a large selection of their cheeses. La Casara is a family-run operation dating back to the 1920s. This is when Ermenegildo Roncolato and his children, Romano and Angelo, began making cheese in the village of Brenton, in the Ronca municipality (to the north-east of Verona). Now Romano's children, Gildo, Giovanni, and Letizia, run the operation. La Casara is best known for their Monte Veronese DOP cheese, but they also raise pigs and make typical cured meats of Verona.

Monte Veronese is the best known cheese of the Lessini Mountain region of the Verona pre-Alps, which is known for its lush pastures.  There are a total of 13 dairies in the consortium that are allowed to use the Monte Veronese DOP label. Production dates back to medieval times when the cheese was originally used for bartering.  It was awarded DOP status in 1993. DOP is a name control regulation similar to the French AOC used for food and wine.

The Monte Veronese DOP di Malga is the elder statesman of the Monte Veronese family, in that it is aged for at least two years before we get it.  The cheese is particularly interesting to us because it is made using milk from cows that have been feeding on the lush pastures of the mountainous Lessinia region.  This cheese is special enough to be entered into the Slow Food Presidia, which has a focus on preserving traditional foodways around the world.  We find this cheese has notes of tropical fruit, hay and a subtle sweetness that is at once nutty and fruity.  This cheese deserves its own place on any cheese plate, but it would work equally well as a grating cheese, or paired with a drop or two of balsamic vinegar.

Save this product for later
Display prices in: USD

Place your order and it will be ready for pickup the following day.

Choose Pickup or Delivery. Pickup at 94 Hampshire Street, Cambridge, or have it delivered if you live within our delivery area.

When you arrive at the shop to pick up your order, please give us a call and we will run the order out to you. Prefer a contactless exchange? Let us know what type of car you are in and we can put it directly into the car.

We truly appreciate your support as we navigate these uncertain times together. We'll get through it, and we look forward to sharing our love of food with you in less complicated times!

- Everyone at Formaggio Kitchen Kendall

When you arrive at the shop to pick up your order, please give us a call and we will run the order out to you. Prefer a contactless exchange? Let us know what type of car you are in and we can put it directly into the car.